Messing with Mitochondrial DNA: What Are these Babies Influencing? - Vibrational Child

What Are these Babies Influencing?

When I first began working with women on their fertility journey and as I was getting to know these babies, everything was new. Every single time, even still, I learn which is one of my favorite aspects of the gift of this work.

Some of the things showing up in sessions made perfect sense to me based on what the group of baby souls who first came to me shared with me. At that time they provided a fairly comprehensive download about what they needed and why they needed it from me.

Mitochondria are known as the powerhouses of the cell. They are organelles that act like a digestive system which takes in nutrients, breaks them down, and creates energy rich molecules for the cell. The biochemical processes of the cell are known as cellular respiration. Many of the reactions involved in cellular respiration happen in the mitochondria. Mitochondria are the working organelles that keep the cell full of energy.

In college I studied cell biology and was familiar with mitochondria, but didn’t know why it kept showing up as something the babies souls wanted to work with and influence in a preconception session. At a session with my osteopath, I brought this up. Or maybe he did. It was one of those synchronous happenings in a conversation when a topic you had no idea would be a match emerges in the conversation and off you go.

My Osteopath let me know that there is something called Mitochondrial DNA that only gets passed down from the mother. There is ONLY maternal mitochondrial DNA. Again, there is a lot of info on this on the internet, and I chose one to share here:

To say that we get exactly half of our DNA from our father and half from our mother is not quite true. One tiny piece of our DNA is inherited only down the female line. It is called mitochondrial DNA because it is held as a unique circular strand in small tubular packets known as mitochondria that function rather like batteries within the cell cytoplasm. Some molecular biologists say that, aeons ago, the mitochondrion was a free-living organism with its own DNA, and possessed the secret of generating lots of energy. It invaded single celled nucleated organisms and has stayed on ever since, dividing, like yeast, by binary fission. Males, although they receive and use their mother’s mitochondrial DNA, cannot pass it on to their children. The sperm has its own mitochondria to power the long journey from the vagina to the ovum but, on entry into the ovum, the male mitochondria wither and die. It is as if the man had to leave his guns at the door.

So each of us inherits our mtDNA from our own mother, who inherited her mtDNA intact from her mother, and so on back through the generations…

Here we have something showing up in sessions that has to do with the cell’s ability to metabolize and create energy, that is also having to do with the maternal line. Two of the things the babies told me they would need and almost always need, why they bring their moms to me for help: 1) to help their mom stably expand so she can hold more of her own soul’s light and Source energy so that she is a closer vibrational match for her baby’s energy, and 2) clearing, updating, enhancing, rewiring aspects of the female genetic line to suit their needs and their role as stabilizers, bringers of a new paradigm on Earth.

Since I’m not a doctor or a scientist and my sample size is statistically insignificant, I’ll not make any grand claims or statements. But I will ask…

Am I witness to what appears to be an evolutionary process?

Is that what is happening in your own sacred human body when you say yes to these vibrational kids?

Are you are an important player in the evolution of our species?

Support your system with the following core processes:

In Connecting with My Baby Album:

In Preparation for Motherhood Album:

Acclimating to Your Baby’s Energy Signature

I love hearing from you. Send me a note. 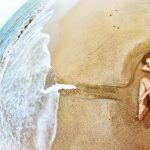 Is Childhood Abuse Causing Your Infertility?Blog 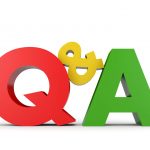 I keep getting an image of a little girl. What does it mean? What should I do?Blog, Q&A